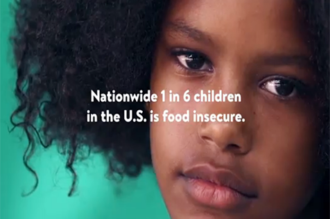 The Food Bank of Western Massachusetts, Walmart and Feeding America® are extending their thanks to everyone who helped raise $22,848 for the more than 223,000 people struggling with food insecurity in Berskhire, Franklin, Hampshire, and Hampden Counties as part of the 5th annual “Fight Hunger. Spark Change.” Campaign this past April. Those who participated helped raise more money and meals than ever before.

“By working with Walmart and its 14 supplier partners, we had an amazing opportunity to move closer to our goal of creating a western Massachusetts where no one goes hungry and everyone has access to healthy food,” says The Food Bank’s executive director, Andrew Morehouse. “This campaign helped increase awareness about the issue of hunger in America, allowing us to secure more local funds and ultimately provide more food to our neighbors in need.”

“Because of the generous support of our suppliers, customers and associates, food banks will be able to do even more this year to help families who are struggling,” adds Kathleen McLaughlin, president of the Walmart Foundation and chief sustainability officer for Walmart. “We are passionate about fighting hunger, and through this campaign, we have taken another significant step to breaking down the barriers that prevent families from enjoying ready access to healthier, nutritious food.”

To learn more about the campaign, visit www.walmart.com/fighthunger.