It’s not often that records get broken in The Food Bank’s warehouse, but when that happens, it’s time to give staff members some recognition.

Andy Strycharz, a member of the Food Operations team since June 2019, singlehandedly picked a whopping 108,987 pounds in a week. That’s the equivalent of 90,822 nutritious meals distributed to neighbors in need across western Massachusetts. Previously the record for pounds picked by a single picker in a day was around 23,000 pounds. Andy’s record-breaking week trounced the old daily record not once, but twice! 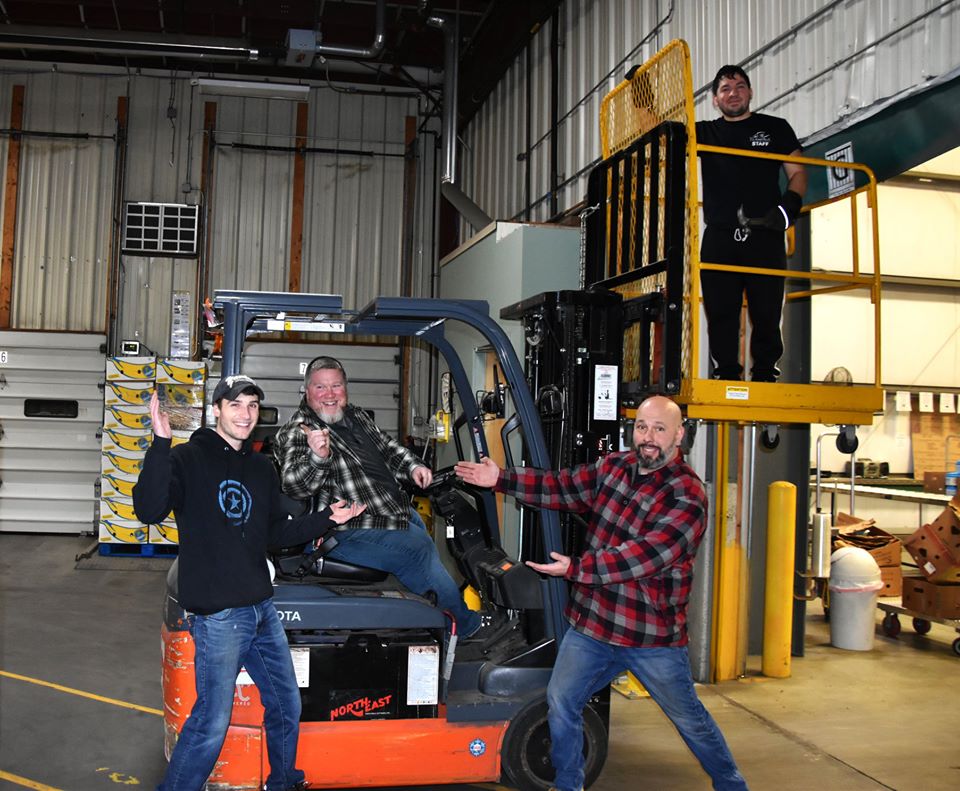 Mike Cortis, Manager of Food Operations at The Food Bank, says that in his 24 years working in warehouse environments, he’s never had to tell anyone to slow down before, but he did encourage Strycharz to do so.

“There’s always enough time in the week to get everything done. I kept telling him, you know, you don’t have to do all this,” Cortis says.

On an average day, a single warehouse associate will pick somewhere between 13,500 and 15,000 pounds, Cortis adds. This new record is more than five times that much per day.

Strycharz is hardworking, but modest. When asked what inspired him to break the record, he simply said, “because it was there.”

“Andy’s accomplishment was possible because of all of us working together,” says Cortis. “The entire Food Ops staff is always going above and beyond,” he adds.

Without the hard work of people like Andy and the rest of our warehouse staff, our mission to end hunger in the communities of western Massachusetts would be out of reach. To Andy, the rest of our amazing Food Ops staff and everyone who makes our work possible — thank you.