Through a special partnership with Berkshire Brewing Company, 10% of gross sales of their Turkey Trotter Brown Ale is donated to The Food Bank to support our mission.

‌Since 1997, Berkshire Brewing Company has contributed enough money from this campaign to provide more than one million meals to our neighbors in need.

On June 1, 2018, The Food Bank teamed up with Berkshire Brewing Co. to host a National Donut Day Beer Pairing Party to celebrate 20 years of partnership. We paired selected brews with local donut bakers in western MA, and guests chose their favorite flavor combinations. 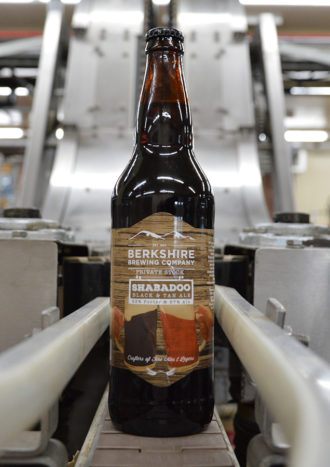 Berkshire Brewing Company has been brewing Shabadoo Black & Tan for over 20 years now, but most people have never known the story behind the name, and the good deeds this beer has done. Back in the mid-90s when Berkshire Brewing was just getting started, we had the good fortune to meet Joe, a chef at a local restaurant. Joe became a good friend of the brewery and collaborated with us on several events. He eventually earned the nickname “Shabadoo”, lifted from an episode of The Simpsons. He also had a post-work ritual of having the restaurant bartenders pour him his own special black and tan, using our Hoosac Tunnel Amber and Drayman’s Porter. 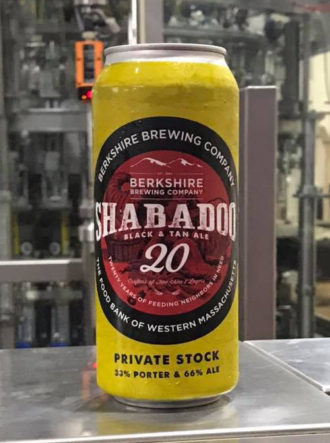 In 1997, Shabadoo Joe was killed in a tragic accident. To honor his memory, we bottled “Shabadoo Black & Tan” and donated a portion of the proceeds to The Food Bank of Western Massachusetts. It seemed a fitting tribute to a man who was passionate about food. At the time, we thought it would be a one-time thing. Then something strange happened… we kept on brewing it, and people kept on drinking it. So, we continue to this day to make Shabadoo Black & Tan, and we continue to make a monthly contribution to The Food Bank of Western Massachusetts in Joe’s memory. Every dollar donated to The Food Bank provides four meals. We are proud to say that this “beer with a conscience” has helped provide over 600,000 meals to people in need right here in our own community. We know Shabadoo would approve.