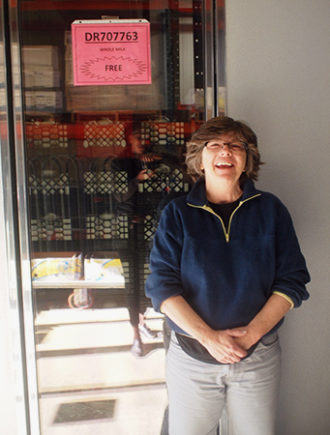 The recent employee strike at Stop & Shop Supermarket presented an opportunity for The Food Bank. The grocery chain regularly donates food to our organization and its partner agencies, but with the strike there was even more food to donate than usual. The Food Bank needed to work quickly to receive and distribute unusually large amounts of donated food in order to get it to people in need while it was still fresh.

Constant communication with Stop & Shop, our local food pantry and meal site partners, and other stakeholders required careful coordination. Staff members from several departments at The Food Bank provided critical support, helping agencies arrange pick-ups of donated food directly from area Stop & Shop stores. The retailer also delivered a truckload of grocery items to our warehouse in Hatfield that are currently being distributed to our neighbors in need across all four counties of western Massachusetts. This delivery had been arranged before the strike began, and we received a delivery of frozen meats earlier this week. 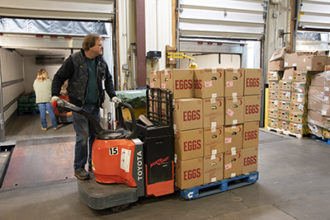 Along with perishable food items rescued directly from Stop & Shop, The Food Bank also received dairy and produce donations that some of the grocers’ suppliers couldn’t deliver during the extended strike, including nearly 34,000 pounds of precut and packaged squash from Plainville Farm in Hadley, a long-time supporter of The Food Bank.

“We had large orders on the calendar from Stop & Shop [during the strike], and they just disappeared,” says Wally Czajkowski, owner of Plainville Farm. “You guys have been so good to us, taking extra produce from us. We wanted to donate it while the food was still fresh for people.”

C&S Wholesalers in Hatfield also donated 659 cases of eggs and Garelick Farms donated 6,556 ½ gallon containers of milk to The Food Bank that had been destined for Stop & Shop. Many of these donations have already been distributed to our local feeding partners and through direct-to-client programs such as our Mobile Food Bank.

“On behalf of food-insecure families,” adds Brandie Taggart, “we thank everyone who donated food during the strike. It’s been a big help.”

Stop & Shop provides funding for our Mobile Food Bank and is the official corporate sponsor for our Will Bike 4 Food fundraiser on September 29th.